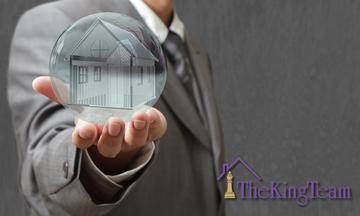 Is the Real Estate Market in a Bubble....

As home prices skyrocket, conversations of a housing bubble burst have been spreading. Many people are comparing today’s housing market to the bubble that introduced the 2008 housing crash. However, today's increase in prices is due to a housing shortage and not based on risky lending practice as was the case in the early 2000's.

Founder & chairman of Buffini & Company, Brian Buffini, states that we are unlikely to experience a similar situation to what happened fifteen years ago. According to his expertise, the 2007-2009 recession was closer to a depression. It is Buffinis belief that this recession will not hit nearly as hard because the 2008 housing crash helped usher in stricter lending laws.

Prior to the 2008 recession, government bodies allowed underwriters to loosen their requirements for getting a loan. Many lenders offered variable interest rates, interest only and no down payments loan programs, often without reviewing the documents needed to support the borrower's financial viability . While getting more people into homes seems like good news, it was actually disastrous for buyers. These risky loans were built on the premise that house prices would continue to increase, which they initially did, but when prices took a downturn in 2008 through 2012, many homeowners struggled to pay off their debt.

As a direct response to the 2008 housing crash, lenders implemented stricter loan requirements with larger down payment and they eliminated the risky loan programs. The good news is with today's unyielding lending laws, only those truly qualified for a home mortgage are approved. Buyer's ability to find their next home due to the current housing shortage, however, is a major hurdle that sets today's market apart from the 2008 housing crisis.

According to NPR, the US is more than 3 million homes short of buyer's demand and it will take up to a decade for builders to catch up. This lack of inventory continues to fuel the increasing home values. Despite the rising interest rate, home prices are not on the decline nor do experts predict that to happen anytime in the foreseeable future. Overall, the housing market today is built on a stronger foundation than it was during the 2008 recession. While nobody has a crystal ball, most experts agree that this market will continue to support the increasing home prices, at least until the housing shortage is addressed.